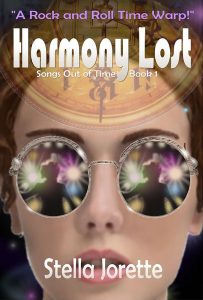 Lost in an unfamiliar life, her best hope is helping a man she can’t recall. But when her hidden hell-cat breaks free, everything might fall to pieces…

London, 1969. Pam Davis has no idea what’s going on. After waking up in the hospital with no memories of her past, the confused young woman discovers she’s married to an aspiring rock musician who thinks she may be possessed. Terrified of ending up alone and friendless, she throws herself into managing her spouse’s band… even as a mysterious voice in her head whispers thoughts of rage.

Fighting to hold her own against the violent urges spilling out of her psyche, Pam struggles to convince the sexist rock ‛n’ rollers a woman can make their headlining dreams come true. But when a predatory club owner tries to take advantage of her in a seedy club, her furious inner voice shows its claws with brutal ferocity.

Will Pam’s split personality launch her to the stars or knock her into the abyss? 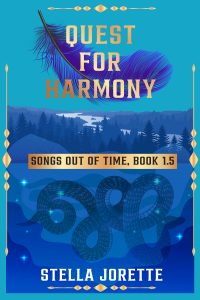 Quest for Harmony (The Finnish Detour)

Martin Davis, rock star, and the band are playing Scandinavia. The tour’s last leg seems superfluous; they won’t make any money in remote Finland. But Pam insists on including the tiny country. “What could go wrong,” she says. Plenty, when one is cursed, sent off on a quest, and especially when one’s mum turns up and starts flirting with the tour manager. Can Martin fulfill his quest, survive the supernatural denizens of Finland, and withstand Mum? 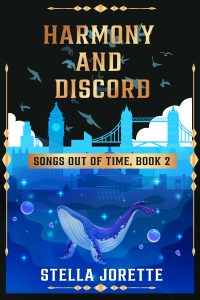 Will fame be their downfall?

After several hit tunes, Martin should be satisfied. But rock-stardom isn’t proving as interesting as Martin hoped. In fact, constant adulation has proved rather nerve wracking. Maybe if he reaches a higher tier of fame he’ll find his dream-life. Perhaps Jon Swift, front man for All Souls holds the key.