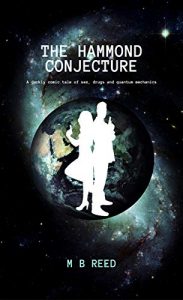 Possible Cons:  Only for those ready to suspend disbelief from a flagpole.

Valuable Lesson: Don’t stress too much over cover art.

Finding comparable works to Harmony Lost was no easy task; the tale is a mixture: a dash of Sci Fi, alternate reality, an atypical romance, a struggle to the top. Perusing Amazon’s fiction categories didn’t reveal a perfect fit.

Amusing exchanges occur in Harmony Lost, but I wasn’t thinking humor when I wrote it. So imagine my surprise when several beta readers suggested a humor category. One reader recommended Tom Holt as an author with a comparable tone. END_OF_DOCUMENT_TOKEN_TO_BE_REPLACED

(Marginalized humans undermine the dominance of machines with the help of a sentient breadmaker and a hair salon.) 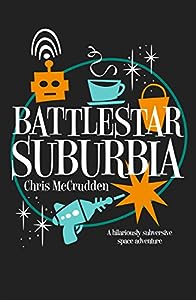 Pros: Clever set up, an interesting character, brilliant machine-world psychology.
Possible Cons: Probably not the book for those unable to suspend disbelief or those who like their dystopias grim and sincere.

Battlestar Suburbia begins as the story of Darren, a hapless everyman, and Kelly, a prickly woman accustomed to living outside the law. The pair accidentally run afoul of the powerful machine-world that controls their Dolestar and find themselves on the most wanted list. END_OF_DOCUMENT_TOKEN_TO_BE_REPLACED