The Example of Hyperion, Blackfish City and Children of Time

In science fiction, the author must describe the special features of the story’s world to the reader. At worst, the information is laid out in a long didactic paragraph, the dreaded “info dump.” And sometimes, an info dump includes details not relevant to the story: the alien societies sewage system or philosophy of early childhood education, for instance. The info dump  often sounds like a mini-history lesson.

“The world of Adelia had always been a place of strife. Over the centuries, a multitude of kings had vied for ultimate control. Now the rivers ran dry and vast deserts spewed dust into the heavens…5 pages later…But today, Crystoline must fetch the water.”

And who’s giving the history lesson? The author, of course. A large block of information not connected to a character or the plot inserts the author between the reader and the story, slowing the story down.

So how does an author successfully convey an imaginary world? Hopefully not in direct dialogue. A character wouldn’t blab on about recent events any more than you’d go on about the origin of COVID19 while standing in the grocery store check out. They live in the fictional world. Everything occurring is their normal, usually not worthy of comment. Attempts to insert information into dialogue at worst might sound like:

“As you know captain, when the revolutionaries jumped the line and destroyed Ilagra, Thagros eliminated our transponders.”

“Crystoline rolled the water barrel to the spring, desert sand catching in her throat and triggering that irritating dry cough. She wiped a gritty sleeve across her mouth. A drink would do nicely, not that it’d taste right. Not after the contamination. Damn kings and their greed.”

But some science fiction celebrates the info dump, taking large chunks of bone dry information and converting it into a special feature of the story. And sometimes this strategy works incredibly well, usually when the information being conveyed is so interesting that it keeps the reader’s attention.

Take for example Hyperion, the first novel in Dan Simmon’s Hyperion Cantos. This book mirrors the Canterbury tales: a collection of aspirants travels to a shrine, and during their travels, each pilgrim tells their tale.

Each tale is basically a massive info dump; however, each story is so interesting that the reader “listens” with rapt attention to each traveller. (Although I’m still annoyed the book ended right at the climax, and the climax was drawn out over a much padded second book.)

Then consider Blackfish City, a novel I reviewed some months back. The action occurs on a post-disaster floating city with an interesting history and culture beautifully presented through episodes of a mysterious broadcast entitled,”City without a Map”. Excerpt from this poetic and subversive text are sprinkled throughout the book; the ultimate source remains mysterious until late in the story. The device wore somewhat thin as the book progressed, but overall it served well to explain Blackfish City’s unique features and describe its inhabitants while adding ambience.

bulky info dumps with success. Didactic chapters detail the history of a spider civilisation, following the spiders from pre-sentience through to a spider space age. (Really how can you go wrong with spiders in space?)

The spider sequences are highly “told.”

Her attention is fixed on another spider at home in its web.

The subject spider is planning to hunt down the spider in the web, but note the passive construction, the spider’s behaviour reported as if by an observing scientist. A “shown” version, as experienced by a spider might read like:

“The other spider hung succulent and juicy, seemingly oblivious in its web.”

But do we know a spider can detect succulence? How do we know a spider can create a mental image of another insect’s mind? This shown spider reads very much like a human with our more or less shared theory of mind and body language. A nervous human can be shown pacing and chewing their nails without the author needing to state, “she was nervous.” However, nervous spiders might tap on their webs or rub their legs together. How’s a human supposed to recognise a nervous spider without being told, “the spider was nervous?” Unless the spider is anthropomorphised, stating the spider’s emotional state is required.

So I can’t fault the author of Children of Time for choosing a didactic style.  And Children of Time toggles between chapters detailing the spider’s world, and more conventionally written chapters featuring humans trying to survive a desperate space odyssey. I particularly enjoyed the human protagonist, an introverted scholarly old man, an atypical choice for a space adventure. The human chapters relieve the reports from the spider world. Also as the spiders evolve, and as the reader gains familiarity with the arachnid world, the spider chapters become increasingly immediate.

I have a fair bit of tolerance for the creative info dump; although some readers will claim “boring, nothing happens, brutal slog or repetitive.” For those readers, I recommend The Raidships by A.D. Wynterhawk, an old-fashioned adventure story I reviewed some months ago. Raidships takes place in a vibrant imaginary world, but the world unfolds during a fast-paced plot.

“A sense of self and the ability to contemplate the universe are not necessarily survival traits in and of themselves.” From Children of Time by Adrian Tschaikovsky 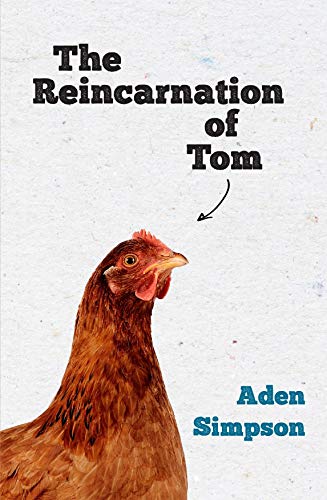 Cubical dwelling everyman, Tom Robinson, has a problem. He’s been hit by a bus, but fortunately a crystal shop purveyor has just provided him with the secret to remembering past lives. Now Tom will wake into a new life with the memory of his old life intact. Sounds great! Doesn’t it?

Problem is Tom immediately messes up because, like most of us, he’s morally average: a bit cowardly, an occasional liar and self-interested. He spends several lives popping back and forth in time, sampling different animal species and genders, while trying to game karma into reuniting him with an unrequited love. Naturally, Tom runs afoul of the reincarnation system and his fellow “reincarnation remembers” and various unfortunate events ensue.

This book raises many of the classic time travel questions, such “should one kill Hitler?” While addressing classic karma issues, such as “is being a vegetarian that necessary, especially when one has been reincarnated as a tiger?” And the answers to these questions are interspersed with nuggets of humour and wisdom. But sadly Tom never quite learns to stop meddling and go with the flow. In fact, Tom seems to be at his best as a tree.

The writing is excellent throughout, and I appreciated the exceptional proof-reading. The Reincarnation of Tom appears to be the second book from a talented, young self-publisher. I’m looking forward to reading more from this author.

In Willow Thomson’s debut novel, Seeds of Change, plague and catastrophic climate change leave Earth uninhabitable. A wealthy leader gathers a group of space colonists, and they depart for an unexplored planet. END_OF_DOCUMENT_TOKEN_TO_BE_REPLACED